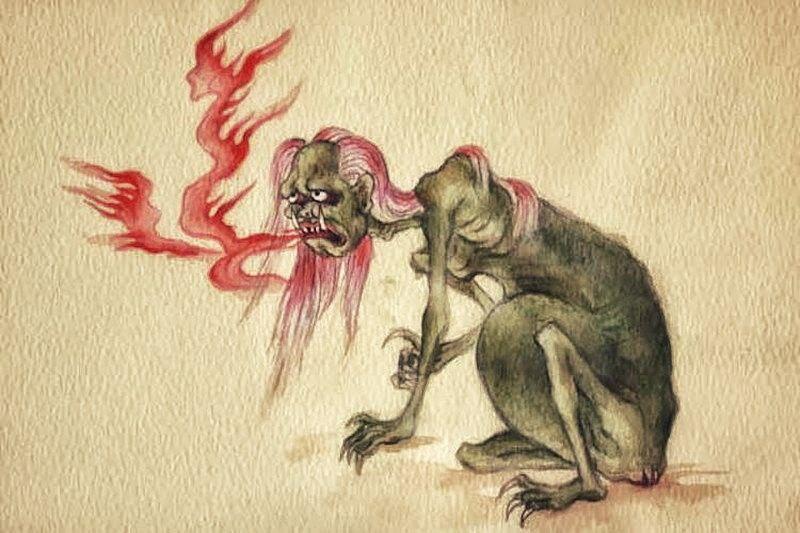 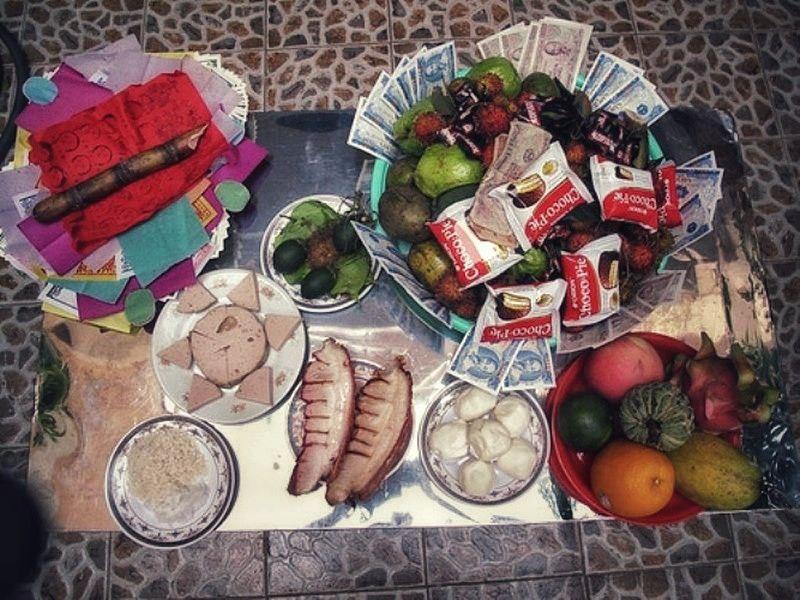 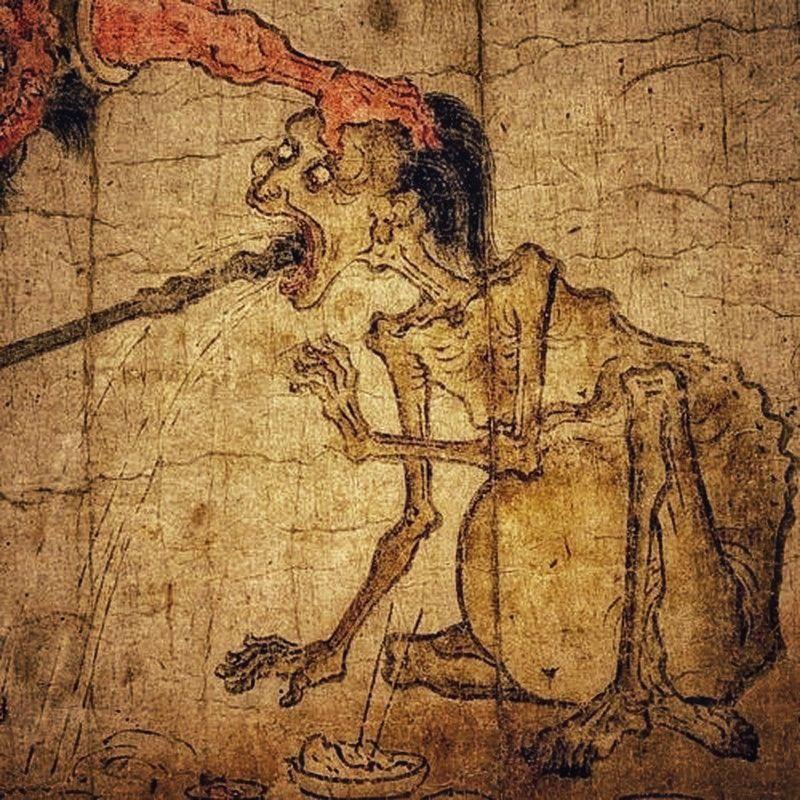 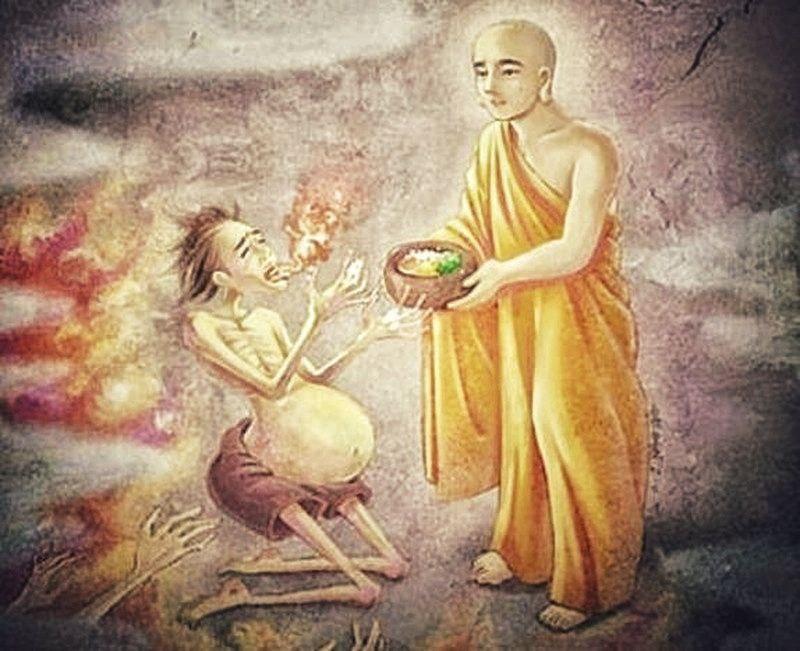 Photo: google — голодные духи и подношения им
For many Vietnamese, the seventh lunar month is also known as the month of ghosts.
Many “hungry ghosts” appear this month, and on the full moon day in July, many families set up a tray with offerings for these ghosts outside.
So what is a hungry ghost?

According to the spiritual concept of East Asia, a hungry ghost is a wandering soul without the support and prayer of living people for itself. The souls of those who died of hunger and disease. Their shape is described as terrifying with a very large belly. Since they have not been accepted by any other realm, these ghosts roam the earth, forced to wander and suffer from hunger and cold and disturb the living in order to get food.

The popular Buddhist interpretation of the hungry ghost is somewhat different. Accordingly, a person has two parts, a part of the soul and a part of the body. After death, the soul still exists and will be reincarnated into another life or should become a hungry ghost depending on the actions of that person while alive.

If during life people do many good deeds, then at death they will be reincarnated into life, and if they do bad things, they will go to hell.
In the 7th lunar month, especially on the day of the full moon, spirits from the underworld, including hungry ghosts, appear in the world of the living. To propitiate and pacify these beings, an offering ceremony to the spirits is held.

During the offering ceremony, it is strictly forbidden to touch the food on the tray, such as rice, porridge and salt. The ancient explanation for this taboo was that it would anger the hungry ghosts and they would infect the blasphemer with a mysterious disease.
In addition, when burning papers depicting money and material values ​​to bribe demons, children are forbidden to step on or approach the place of burning, because the fire will open the door to the world of spirits, and if it is accidentally stepped on, the devil will drag the child away.

Due to the presence of hungry ghosts, there will be many taboos in the month, the most common of which is refraining from going out at night, especially with children, because ghosts walk around at night. You have to stay away so you don't get caught.
It is also advisable to avoid swimming in the river and the sea during the month of spirits, because hungry spirits often live in dirty and damp places, therefore. Lakes, full-flowing rivers and the sea are also home to spirits. They can drag a gaping swimmer under the water. The "hungry ghost" concept and the worship ceremony are considered a humanistic cultural feature to help people live a better life. However, extreme superstition should not be encouraged in the month of the ghost. After all, it's the twenty-first century. Time of science and technological progress.

Author: Sergey Brodar
HistorySociety
Back to news list
Latest news
16.11.2022 03:00
Khanh Hoa Province releases Nha Trang Bay Restoration Master Plan
15.11.2022 16:20
Vietnam remains the world's largest producer and exporter of pepper
14.10.2022 22:00
Night cruise ship launched in Nha Trang bay
08.10.2022 14:22
Khanh Hoa province organizes more direct flights to Kazakhstan
We use cookies to improve the website and its user experience. By continuing to browse the site, you consent to the use of cookies. You can always disable cookies in your browser settings.