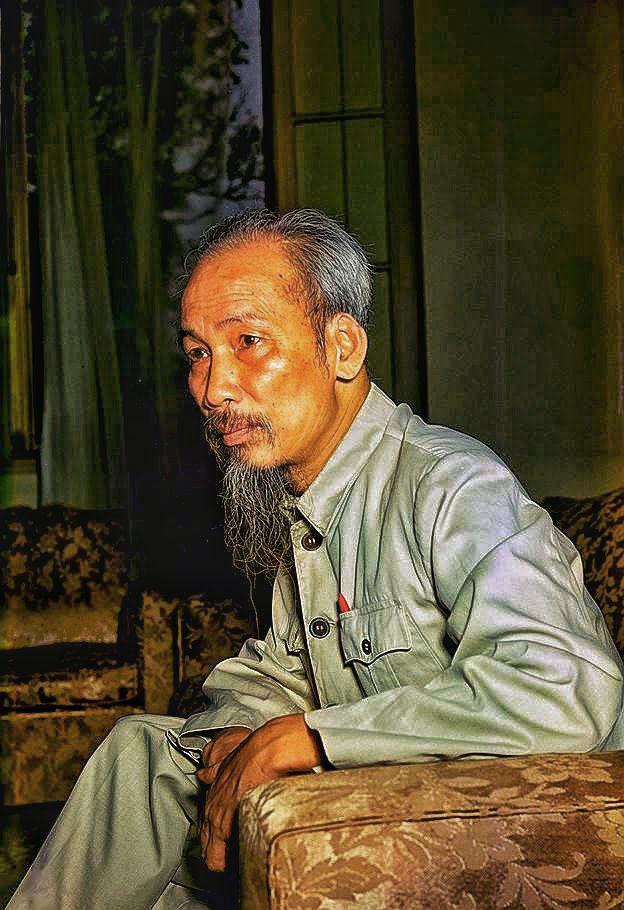 If, while in Vietnam, you endlessly turn the calendar over and over again on the third of September, then you will forever remain in mourning for the great leader of the Vietnamese people, Ho Chi Minh. He passed away on September 2, 1969, Independence Day.
In order not to overshadow the big holiday, it was decided to postpone the day of mourning and memorial day to September 3rd.
Let's look back and get acquainted with a brief biography of this wonderful person.

Ho Chi Minh's real name is Nguyen Tat Thanh. He was born on May 19, 1890 to a Confucian family in the village of Kimlien, in Namdang County, Nghe An Province.
From early childhood, Tat Thanh saw the troubles and hardships of his own people, who were under the yoke of the French colonialists. He had no desire to put up with such a situation, so in 1911 he entered the ship as a sailor, while using an assumed name, and left the country for thirty years.

The future leader of the working people owned various professions. In history, Tat Thanh often appears as a pastry chef. In addition, he practiced with the legendary Auguste Escoffier at London's Carlton Hotel.

To better understand the paths that lead to the liberation of his own people, Tat Thanh traveled half the world. Studied and worked in Asia, America, England and Europe. He also studied in Moscow.
In general, Ho Chi Minh linked his life very tightly with the Soviet Union. In the USSR, he learned to be a Marxist-Leninist, a politician. He adopted Soviet experience in the agrarian sector and successfully carried out agrarian reforms in his own country.

Throughout his life, Ho Chi Minh led an ascetic life. All his thoughts were only about the well-being of the citizens of his country.

“I can neither sleep nor eat while my people suffer and are in danger” — said Ho Chi Minh.
Until now, the main theses and thoughts of Ho Chi Minh are a guiding red tape for the modern leaders of Vietnam.

Author: Sergey Brodar
History
Back to news list
Latest news
16.11.2022 03:00
Khanh Hoa Province releases Nha Trang Bay Restoration Master Plan
15.11.2022 16:20
Vietnam remains the world's largest producer and exporter of pepper
14.10.2022 22:00
Night cruise ship launched in Nha Trang bay
08.10.2022 14:22
Khanh Hoa province organizes more direct flights to Kazakhstan
We use cookies to improve the website and its user experience. By continuing to browse the site, you consent to the use of cookies. You can always disable cookies in your browser settings.