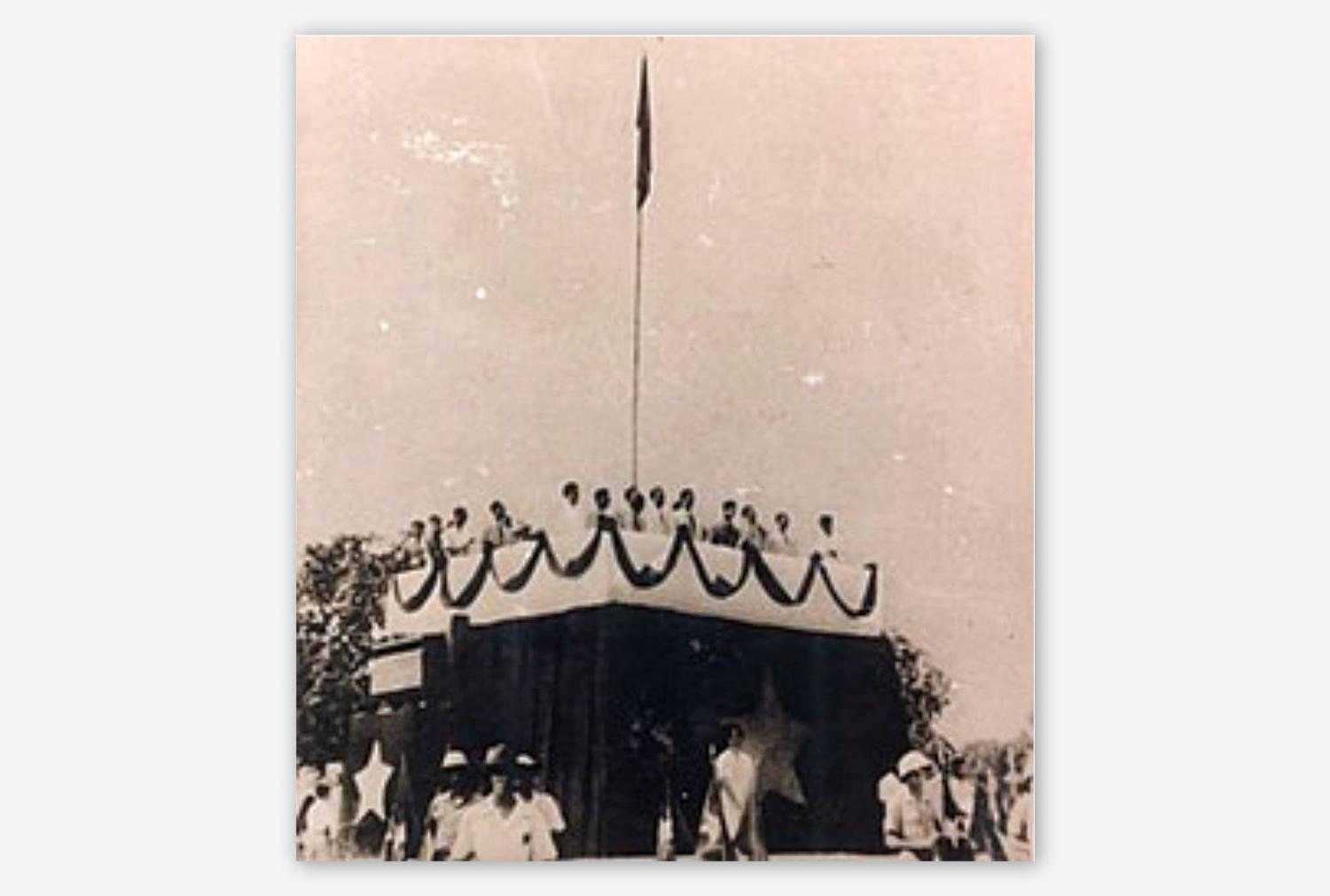 Photo: Хо Ши Мин зачитывает свою декларацию о независимости. 2/9/1945 Ханой. Площадь Бадинь.
A holiday celebrated throughout the country. On this day, September 2, 1945, in the city of Hanoi, on Ba Dinh Ho Chi Minh Square, he read out his declaration of independence for the Republic of Vietnam.
(In general, in historical retrospect, it is believed that the Vietnamese have three declarations of independence, but this is a completely separate story).

In fact, this day became the starting point in the modern history of Vietnam. There will be long years of all sorts of difficulties and upheavals ahead. Ahead will be a long and exhausting war for independence from the United States of America. Ahead will be post-war famine and a difficult era leading to the modern economic growth of Vietnam.

We wholeheartedly congratulate the Vietnamese people on this serious holiday! We wish you many years of prosperity and informed political decisions.

In order to thoroughly understand the date itself, it is necessary to read the declaration of Ho Chi Minh itself, the full text of which we provide below.

“Oh fellow citizens of the country.
”All people are born with equal rights. They are endowed by their Creator with inalienable rights. These include the right to life, liberty and the pursuit of happiness.”

These immortal words are contained in the American Declaration of Independence of 1776. In a broad sense, this sentence means: all people in the world are born equal, every nation has the right to live, be happy and free.

The Declaration of the Rights of Man and of the Citizen of the French Revolution of 1791 also stated: “All men are born free and with equal rights. And they must always be free and equal.”

These are facts that no one can deny. And yet, for more than 80 years, the French colonialists, under the flag of freedom, equality and fraternity, plundered our country and oppressed our compatriots. Their actions are contrary to humanity and justice. Politically, they do not give our people any democratic freedom at all. They introduced inhuman laws. They established three different regimes in the Center, in the South and in the North, in order to prevent the unification of our country, to prevent the unification of our people. They built more prisons than schools. They directly cut our heroes and patriots. They flooded our uprisings with pools of blood. They bind public opinion and pursue a policy of stupidity. They use drugs and alcohol to weaken our race. Economically, they exploited our people to the marrow of their bones, making our people poor, needy, and our country dilapidated and abandoned. They plundered the land, mines, raw materials. They have a monopoly on printing, exporting and importing banknotes. They levy hundreds of unreasonable taxes, making our people, especially farmers and merchants, poor. They do not allow our bourgeoisie to raise their heads. They exploit our workers extremely cruelly. In the autumn of 1940, when the Japanese fascists invaded Indochina to open new bases to fight the allies, the French colonialists surrendered and opened the doors of our country to meet the Japanese. Since then, our people have been bound by two chains: French and Japanese. Since then, our people have been more unhappy, poorer.

As a result, from the end of last year to the beginning of this year, more than two million of our compatriots died of starvation from Quang Tri to Tonkin. On March 9 of this year, Japan disarmed the French army. The French colonizers either fled or surrendered. So not only did they not “protect” us, on the contrary, they sold our country to Japan twice in 5 years. Prior to March 9, the Viet Minh called on the French many times to join forces against the Japanese. The French colonialists did not respond, but directly terrorized the Việt Minh even more. Even when they lost, they ruthlessly killed most of the political prisoners in Yen Bai and Cao Bang. However, in relation to the French, our compatriots still maintain a condescending and humane attitude.

After the March 9 riots, the Việt Minh helped many French cross the border, rescued many French from Japanese prisons, and protected their lives and property. The truth is that since the autumn of 1940, our country has become a colony of Japan, and not a colony of France. When Japan surrendered to the Allies, the people of our country rose up to seize power and established the Democratic Republic of Vietnam. The truth is that our people won Vietnam from the Japanese, not from the French. France fled, Japan surrendered, King Bao Dai abdicated. For almost 100 years, our people have broken the shackles of colonialism in order to build an independent Vietnam. Our people have overthrown many years of monarchy and established the Democratic Republic. Therefore, we, the Provisional Government of the New Vietnam, representing the entire Vietnamese people, declare that we will completely sever our relations with France and annul all treaties that France has signed on Vietnam, revoking all French privileges in the country of Vietnam.

The entire Vietnamese people, from above and below, resolutely opposes the plots of the French colonialists. We believe that the Allies recognized the principles of national equality at the conferences of Teran and Old Kim Son and could not fail to recognize the independence of the Vietnamese people. The people who for more than 80 years courageously resisted French slavery, the people who for many years courageously stood on the side of the Allies against fascism, must be free! People should be independent! For the above reasons, we, the provisional government of the Democratic Republic of Vietnam, solemnly declare to the whole world that: Vietnam has the right to enjoy freedom and independence and has become a free and independent country in fact.
The entire Vietnamese people is determined to use all their spirit and strength, life and wealth to preserve this freedom and independence!”

Author: Sergey Brodar
HistorySociety
Back to news list
Latest news
16.11.2022 03:00
Khanh Hoa Province releases Nha Trang Bay Restoration Master Plan
15.11.2022 16:20
Vietnam remains the world's largest producer and exporter of pepper
14.10.2022 22:00
Night cruise ship launched in Nha Trang bay
08.10.2022 14:22
Khanh Hoa province organizes more direct flights to Kazakhstan
We use cookies to improve the website and its user experience. By continuing to browse the site, you consent to the use of cookies. You can always disable cookies in your browser settings.